TROY, Ala. — President Joe Biden on Tuesday visited a Lockheed Martin plant that manufactures an antitank weapons system, aiming to herald the U.S.-made arms as a gamechanger for Ukraine’s stiff resistance to Russia’s invasion.

But Biden’s visit to the Alabama factory line is also drawing attention to a growing concern as the war drags on: Can the U.S. sustain the cadence in shipping vast amounts of arms to Ukraine while maintaining a healthy stockpile it may need if conflict erupts with North Korea, Iran or elsewhere?

The U.S. has provided at least 7,000 Javelins, including some transferred during the Trump administration, or about one-third of its stockpile, to Ukraine in recent years, according to an analysis by Mark Cancian, a senior adviser with the Center for Strategic and International Studies international security program. The Biden administration says it has committed to sending 5,500 Javelins to Ukraine since the Feb. 24 invasion.

Analysts also estimate that the United States has sent about one-quarter of its stockpile of shoulder-fired Stinger missiles to Ukraine. Raytheon Technologies CEO Greg Hayes told investors last week during a quarterly call that his company, which makes the weapons system, wouldn’t be able to ramp up production until next year, due to parts shortages.

“Could this be a problem? The short answer is, ‘Probably, yes,’” said Cancian, a retired Marine colonel and former Office of Management and Budget specialist on Pentagon budget strategy, war funding and procurement programs.

He added that Stingers and Javelins were where “we’re seeing the most significant inventory issues” and that production of both weapons systems has been limited in recent years.

The Russian invasion offers the U.S. and European defense industry a big opportunity to bolster profits as lawmakers from Washington to Warsaw are primed to increase defense spending in response to Russian aggression. Defense contractors, however, face the same supply chain and labor shortage challenges that other manufacturers are facing, along with some others that are specific to the industry.

Military spending by the U.S. and around the world was rising even before Russia’s Feb. 24 invasion. Biden’s proposed 2023 budget sought $773 billion for the Pentagon, an annual increase of about 4%.

Globally, total military spending rose 0.7% to more than $2 trillion for the first time in 2021, according to an April report from the Stockholm International Peace Research Institute.

The war will mean increased sales for some defense contractors, including Raytheon, which makes the Stinger missiles Ukrainian troops have used to knock out Russian aircraft. The company is also part of a joint venture with Lockheed Martin that makes the Javelins.

Biden will visit Lockheed Martin’s facility in Troy, Alabama, which has the capacity to manufacture about 2,100 Javelins per year. The trip comes as he presses Congress to quickly approve his request for an additional $33 billion in security and economic assistance for Kyiv. Senate Majority Leader Chuck Schumer, D-N.Y., said Monday he hoped quick bipartisan agreement on the security package could be reached so the Senate could begin considering it “as early as next week.”

A White House official, who was not authorized to comment publicly and insisted on anonymity, said the Pentagon is working with defense contractors “to evaluate the health of weapons systems’ production lines and examine bottlenecks” in the manufacturing process. The administration is also considering a range of options, if needed, to boost production of Javelins and Stingers, the official said.

Pentagon press secretary John Kirby said Monday that America’s military readiness is not dependent on one system. He said that every time the Pentagon develops a package of weapons and systems to send to Ukraine, the chairman of the Joint Chiefs of Staff and the department do an assessment on what the impact will be on readiness.

“It’s not about counting, say, Javelins and being able to say that when you reach a certain level then all your readiness is gone,” Kirby said. “The Javelin is an anti-armor capability, so we judge it all as a conglomerate of what’s our ability to meet this particular mission set, realizing that a Javelin isn’t the only capability you have against armor.”

The lightweight but lethal Javelin has helped the Ukrainians inflict major damage on Russia’s larger and better-equipped military. As a result, the weapon has gained almost mythic regard, celebrated with a Javelin song and images of Mary Magdalene carrying a Javelin becoming a meme in Ukraine.

Lockheed Martin CEO James Taiclet said in a recent CNBC interview that demand for the Javelin and other weapon systems would increase broadly over time because of the Russian invasion. He said the company was working “to get our supply chain ramped up.”

“We have the ability to meet current production demands, are investing in increased capacity and are exploring ways to further increase production as needed,” Lockheed Martin, which is based in Bethesda, Maryland, said in a statement.

Meet the nurse providing women of color with pregnancy support 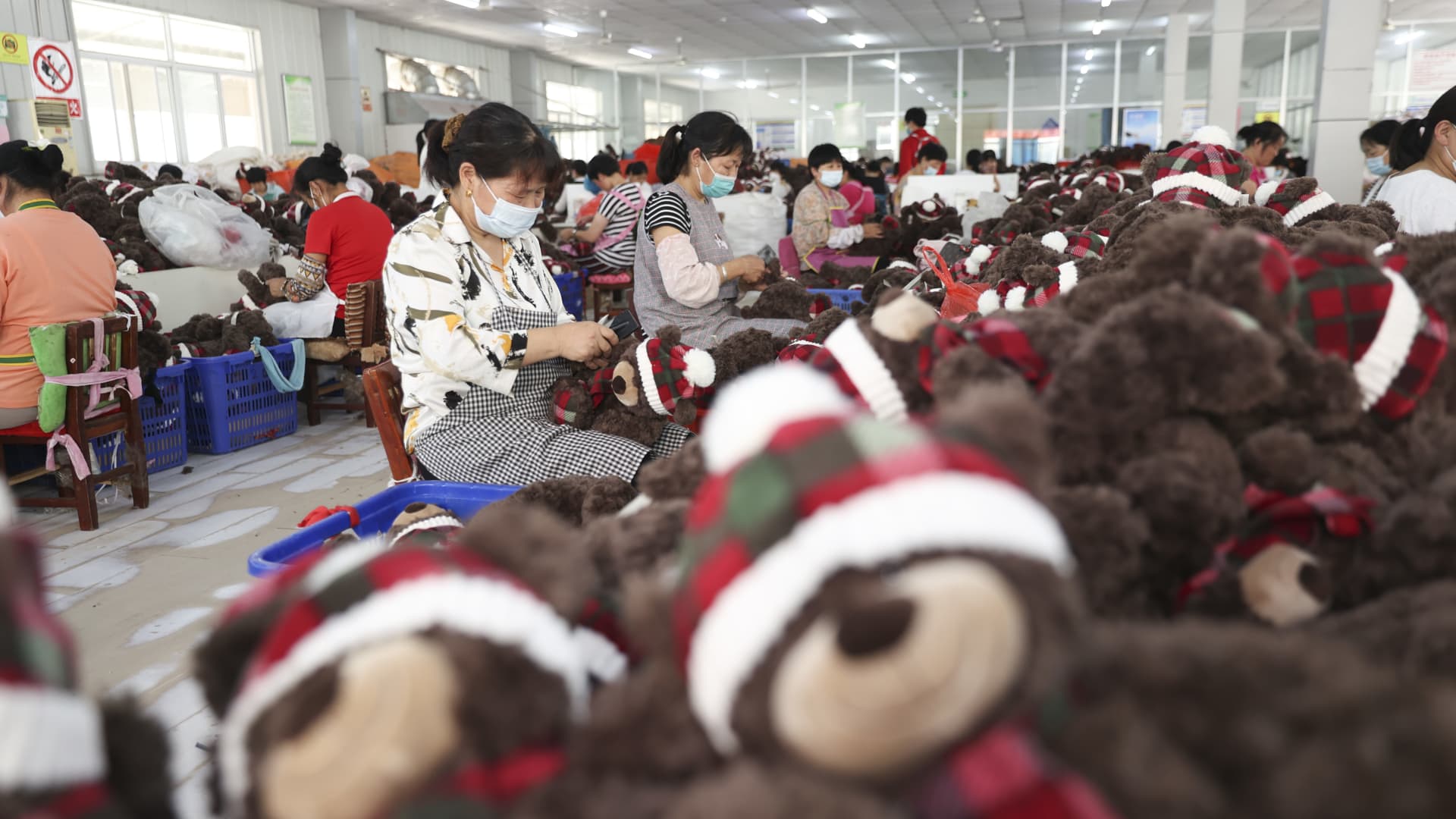 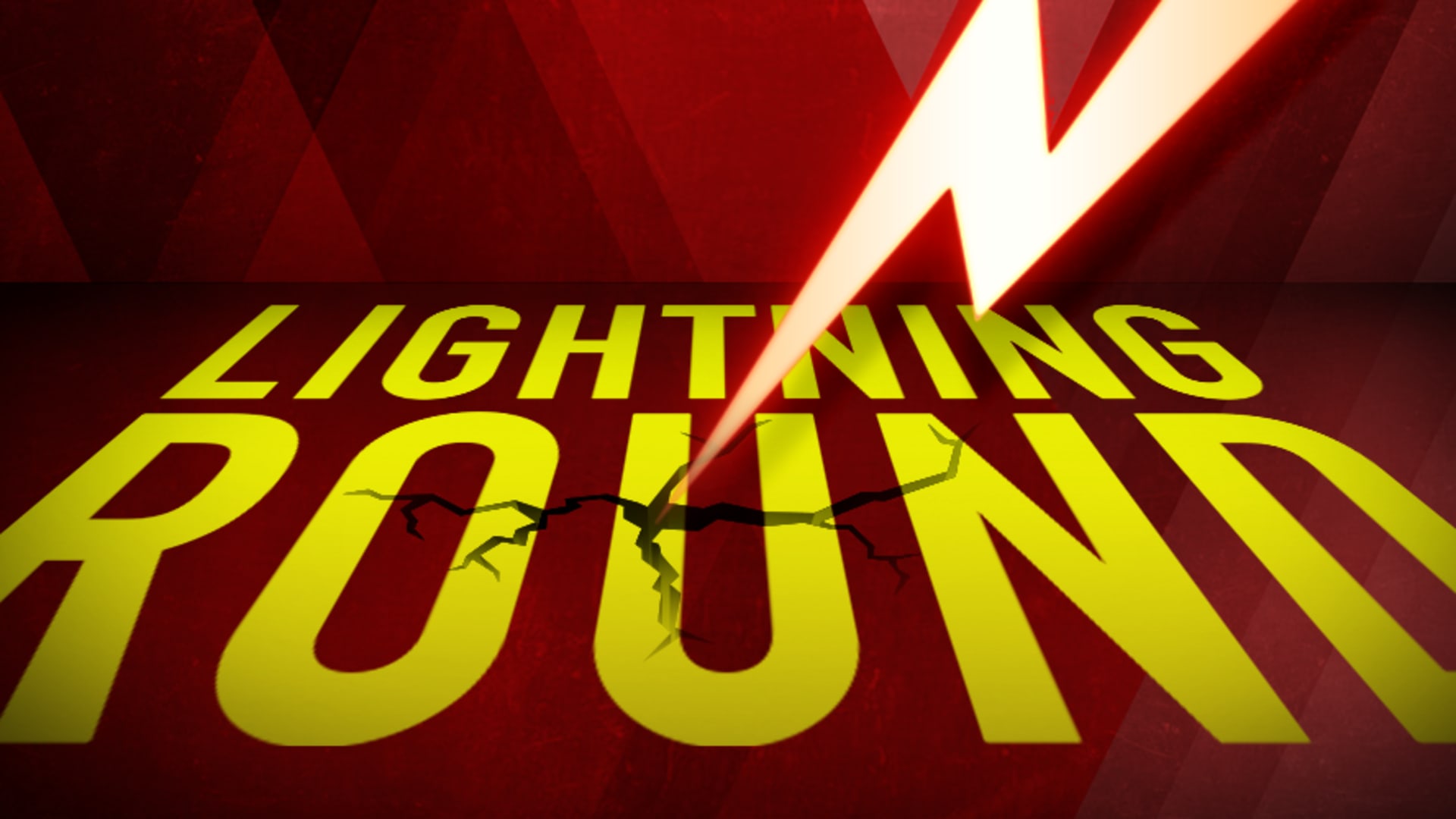 Cramer’s lightning round: I can’t recommend Simulations Plus

Bob’s Burgers: 10 Major Flaws Of The Show That Fans Chose To Ignore
15 mins ago

Nomad Health, an online marketplace for temporary healthcare jobs, has raised $105M, bringing its total funding to $200M+, as it expands beyond travel nurses (Katie Jennings/Forbes)
26 mins ago