Love, Death & Robots amassed a great deal of popularity with its first season, an excellent collection of sci-fi stories that merged ironic humor with cutting-edge animation, graphic violence, intellectual ideas, and rapid-fire storylines. It was a set of highly entertaining stories perfectly suited for a world of diminished attention spans in an age of TikTok videos and Instagram posts; it even represents its title in emojis. At its best, the series can tell the same tales as Black Mirror but with a quarter of the runtime.

Like most anthology TV shows, Love, Death & Robots was hit-or-miss, but its first season had an excellent batting average even when swinging for the fences. The second season, by many accounts, was a bit of a disappointment. There were stand-out installments, but considering the series had literally cut its output by more than half with just eight episodes, the results were a let-down, with some pieces seeming like glorified video game cut scenes. Now, Love, Death & Robots season three (or Volume 3, as it’s stylized) is out on Netflix, and while it’s still incredibly brief (making the 18-episode first season seem like a behemoth by comparison), it’s a marked improvement over the second season.

Tim Miller originally developed the idea for the series years ago alongside the great director David Fincher, but it wasn’t until Miller directed Deadpool that he really had the clout to get it produced. The nine episodes of this third season run the typical Love, Death & Robots gamut, all while tapping into Miller’s signature blend of winking irony with nihilistic violence, as expressed most popularly in the Deadpool films.

The best part of Love, Death & Robots is its broad ability to incorporate a wide variety of artists and shine a light on their different styles and strengths. Most of the episodes adapt short stories from authors who deserve more recognition, and the animation behind each one allows different people and studios to really flex their skills. This third season, while obviously not as varied as the 18-episode first, still has a wonderful range of styles and storytelling: anime, Pixar CGI, experimental 3D rendering, the uncanny valley of video games, and stop-motion animation are all represented here.

Unfortunately, a lot of the dialogue is clunky and not nearly as artful as the visual design. Like its first-season predecessor (and many other episodes of the series), Three Robots: Exit Strategy features dialogue that’s overly preachy and far from subtle, like in this exchange about billionaires escaping the planet for Mars:

X-BOT 4000: Okay, but Mars? It’s dead and lifeless. They could’ve taken the money they spent on the spaceships and used it to save the planet they were already on.

11-45-G: Humanity had all the tools to heal their wounded planet and save themselves, but instead they chose greed and self-gratification over a healthy biosphere and the future of their children.

While it’s hardly inaccurate, the dialogue here and in other episodes bashes the viewer over the head with the same message: humankind is not as great or infallible as it thinks it is, or, as X-BOT 4000 simply says, “humans are the worst.” Sometimes Love, Death & Robots does this in artful ways, but sometimes it sounds as painfully banal as an angry college kid blaming ‘the system’ and ‘the man’ for everything — they might be right in certain ways, but they’re boring about it.

Still, misanthropic platitudes aside, Volume Three of Love, Death & Robots usually handles its philosophy in very engaging ways, with stimulating visuals, unique storylines, and breakneck pacing, though the middle of the season is a real slog. Here’s a quick review and run-down of the episodes

The first Love, Death & Robots episode of this season is gorgeously animated and, along with the episode Mason’s Rats, looks like if Pixar created a horror comedy. It’s essentially the exact same thing as one of the first and best episodes of Love, Death & Robots, the fan-favorite Three Robots, following three humorous and seemingly sentient robotic characters as they tour the apocalyptic wasteland of a future earth as if it were Disneyland, and while it doesn’t go beyond anything the first-season episode already did, it’s still delightful to spend time with these characters (they’d make a great sitcom).

Unsurprisingly, the highlight of the entire season is the episode when producer David Fincher finally stepped up to direct in his animation debut. It’s an utter horror masterpiece, an extremely tense and often sickening story of a crab-like monster which invades a ship in an effort to be transported to a populated island, where it can find a new (human) food supply. Bad Travelling is so wonderfully exciting and genuinely awesome that it’s honestly a huge disappointment when it ends (not that it ends poorly whatsoever); this easily could have been a feature film. Hopefully this won’t be the last time Fincher deals with animation; it doesn’t look that way, at least, as he tells The New York Times that directing animation “was an incredibly freeing, eye-opening, mind-expanding way to interface with a story.”

The Very Pulse of the Machine

This episode finds Love, Death & Robots at arguably its most psychedelic and, to the segment of its audience with decidedly ‘recreational’ interests, will be a spaced-out head-trip in the best way. To anyone else, it might not make much sense, but it’s a very cool and unique amalgam of acid-like imagery, ethereal ambiance, late-night philosophizing, and genuinely good poetry. Its visual design and entire tone make it a trippy delight.

Night of the Mini Dead

Some of Love, Death &Robots‘ third season certainly feels rushed; in this episode, it literally is, with everything playing in fast-forward with high-pitched squeaks acting as sped-up dialogue. At barely four and a half minutes between credits, it’s difficult to even call this an episode, but it’s an extremely well-staged and produced little thing. Night of the Mini Dead is essentially a zombie movie played out entirely with miniature sets at great speed; the stop-motion animation and set design is wonderful, and it makes for a good laugh, but it’s a cute diversion at best. It’s at this point that Love, Death & Robots really falls apart for a bit.

Another weak episode, Kill Team Kill follows the gory adventures of a military unity who come into contact with a CIA-designed cyborg-bear. That’s basically it — 10 minutes of men as profane as they are muscled, shooting guns at a robot bear. It’s violent and stupid, with few redeeming qualities beyond the voice acting.

Swarm is Love, Death & Robots at its pseudo-intellectual worst. The first half of the episode is nothing more than a dull conversation between two people floating around space, providing pointless exposition for a storyline that never materializes. The characters are dialogue machines, with no discernable features, which can only work if the dialogue is great (and it certainly isn’t here). The two humans essentially investigate an alien swarm in an attempt to gain knowledge of societal organization to bring back to humanity. While there’s an imaginatively gruesome character design at the end, this episode (and even its weak video game animation) may be the worst of them all.

Fortunately, Love, Death & Robots makes an immediate turn-around with this wonderful episode about a farmer handling a rat problem. It’s an incredibly simple premise, something straight out of Looney Tunes or an early Pixar animated short: the farmer has a literal rat rebellion on his hands, as the animals have learned how to use tools and technology, so he purchases increasingly violent, ACME-style contraptions to control the situation.

Without any of the moralizing or clumsy dialogue of other episodes, Mason’s Rats efficiently handles the consistent Love, Death & Robots questions – are humans the dominant species, do we deserve to be, and how can we fix the mess we created. It does so with charm, humor, surprising tenderness, and incredible animation.

Making another sharp change in tone, but this time maintaining the very high quality of the previous episode, In Vaulted Halls Entombed is a Lovecraftian horror story about a military team who ends up in contact with a very ancient evil. The animation is fantastic, the characters have actual identities, and there’s a real sense of stakes and suspense here. Featuring some of the most grotesque imagery in all of Love, Death & Robots, the episode is an absolute horror-show that culminates in an epic reference to H.P. Lovecraft’s greatest creation, Cthulhu. It’s an extremely dark episode (“God is dead. Embrace the suck,” one character says), but it isn’t cynically banal, pedantic, or unsubtle at all.

While it may not have the narrative brilliance and tight story structure as Bad Travelling, Jibaro nonetheless features some of the most visually stunning imagery in television and streaming, full stop. It’s a total masterpiece that rivals the best of experimental cinema, with the most inventive and forward-thinking animation seen in Love, Death & Robots (courtesy of animation studio pinkman.tv). The episode is directed by Alberto Mielgo, who has slowly proven himself to be one of the most adventurous and ingenious directors of animation in the past decade, from winning an Emmy for Tron: Uprising, to his three Emmy Awards for the best episode of Love, Death & Robots season two, The Witness, to even winning an Academy Award for his short film The Windshield Wiper.

Describing Jibaro in words is, as Frank Zappa once quipped, akin to “dancing about architecture” – it’s just impossible. Aside from the mind-bending visuals, innovative use of violent action, and heart-pounding editing and score, the themes of Jibaro are remarkably subtle but powerful, having to do with imperialism, greed, and the rape of the earth which has been going on since the Americas were invaded by European countries. It closes Love, Death & Robots out on an absolutely magical note.

While its middle episodes are a huge let-down, and some dialogue is incredibly lame, the often astounding animation, unique stories, and range of tones certainly makes this third season of Love, Death & Robots worth a watch. It’s very brief, but with some great episodes (and two true masterpieces), it’s a solid season of anthology television on Netflix.


These Are Some of the Best Animated Shows For Adults

Editor and writer for Movieweb.com. Lover of film, philosophy, and theology. Amateur human. Contact him at [email protected]

Encanto: Mirabel Did Get A Gift At Her Ceremony - Theory Explained 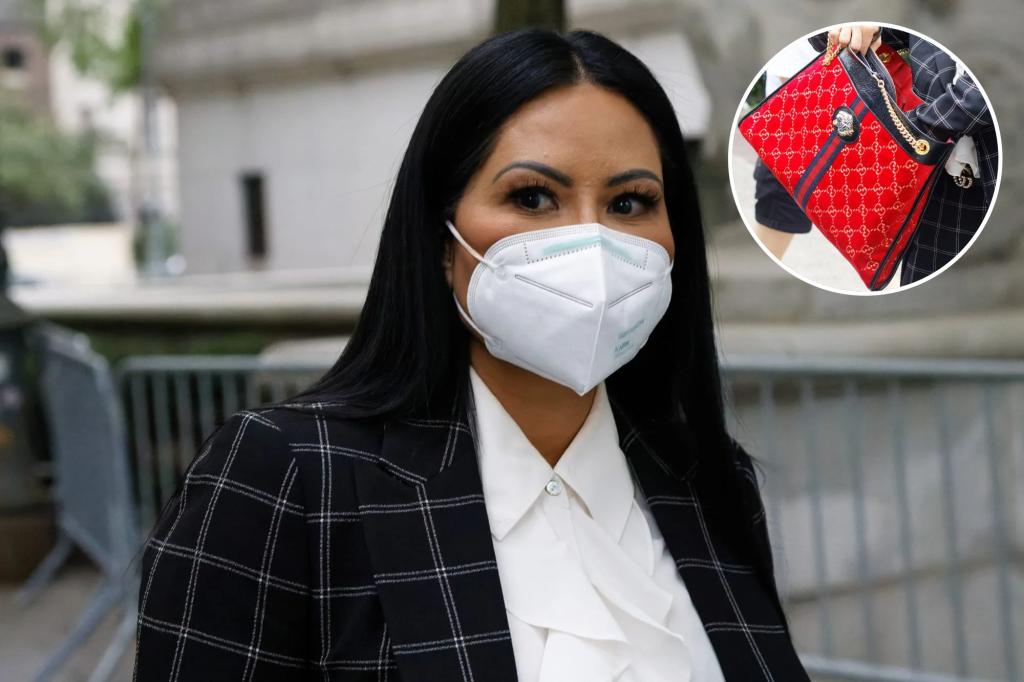 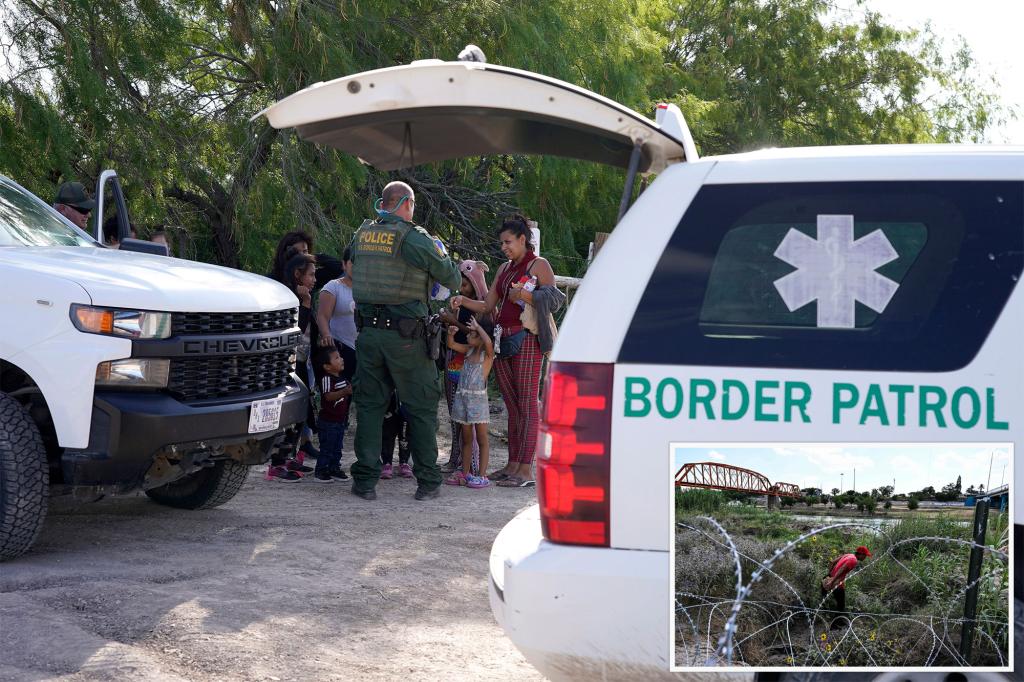 Flood emergency ‘far from over’ for communities
12 mins ago