Top Gun: Maverick reignited an appreciation for transport-heavy films with its fast-flying fighter jets and impressive aircraft. While this movie focused more on planes and air travel, movies set on or around trains have also remained popular over the years.

Within the last decade, there has been a need for speed that has been answered through fast-paced car flicks and enclosed airplane thrillers, but trains have become a dying-out focus for many films until Murder On The Orient Express once again proved how much suspense trains create. Whether it’s a move towards adventure or an enclosed space utilized to play on fans’ fear, Reddit users discuss their favorite movies that take full advantage of the claustrophobic or, in some cases freeing setting of a train.

The Darjeeling Limited is a vibrant flick that follows three brothers as they travel across India by train, in a bid to reconnect with one another after the death of their father. Directed by Wes Anderson, the movie creates a playful tone that charms viewers and encourages them to travel alongside the three brothers by enticing them through its bright coloring and stunning scenes.

The movie employs the train as a symbol of adventure, which is essentially what it takes the three brothers on and provides viewers with their own trip around India as they get a first-class seat to their life-changing trip. Wes Anderson’s attachment to symmetry was shown throughout the movie by the train’s streamlined structure, resulting in many fans, including TurnerClassics deeming it “an interesting flick” that was as aesthetically pleasing as it was enriching.

The Commuter is considered one of Liam Neeson’s best action movies and sees Micheal’s mundane journey home interrupted by a stranger who attempts to recruit him, ultimately ending in an action-packed movie. The film captures the very essence of a commuter train through the character’s smart attire but under the surface was a story of crime.

The movie’s fast pace is highlighted throughout its runtime as the outside world often appears blurry as it flicks past the windows when Micheal makes his way through each carriage to the next suspect. NathanialIR shared that they thought “The Commuter was really good” in building suspense through its claustrophobic setting but also the movement of the train, which emphasized Micheal’s time-limited mission.

Transsiberian plays on the idea of the Trans-Siberian railway, also known as the world’s longest railway line, but the train journey Roy and Jessie dreamt of proves to be more nightmare worthy. The movie follows the couple as they befriend other travelers who lead the unsuspecting pair into a world of crime, murder, and lies.

This action flick provides viewers with stunning scenery that encourages them to feel as though they are on the journey alongside the happily married couple, by opting for extremely long shots that capture the beauty of train travel. However, the movie’s darker plot showcases the ease with which one can transport goods between countries, mirroring the slick shape of the train, ultimately creating a “solid slow-burn thriller” as suggested by one Redditor.

Snowpiercer is one of the best apocalyptic movies of the 2010s and has recently been adapted into a popular TV series that also takes place solely on the evermoving train of wealth and fear. The movie is known for its highly political commentary that runs throughout and ultimately stirs up a revolution.

This futuristic flick utilizes the streamlined shape of the train to explore the gap between the wealthy and the poor, with each carriage acting as a passage to the revolution, mirroring the similar structure seen in Titanic. According to one Reddit user, Snowpiercer employs “the technicalities of trains to tell an engaging story” while also creating a false environment of ‘safety’ that masks the immediate threat of enclosed attacks.

Unstoppable takes viewers on a thrilling ride as an unmanned freight train gathers speed and damages everything that stands in its way. Chris Pine and Denzel Washington place themselves and viewers in the middle of the action as they try to stop the train from causing more destruction.

Through fast-paced action and death-defying stunts, Unstoppable showcases just how powerful a train is and replaces the ‘boring’ stereotype that haunts the mode of transport with a more fitting title. The movie highlights just how impactful and strong a train is through quick cuts and tracking shots, its unique premise impressed fans alongside its incredible film style resulting in Turok1134 labeling it a “solid film”.

The Taking Of Pelham 1,2,3 is an underrated crime movie of the 1970s that sees four men take a New York subway train hostage as authorities attempt to deescalate the situation but also catch them before they escape. The movie was a cleverly written and well-executed heist flick that many viewers felt made use of its isolated setting by toying with the inaccessibility of trains as they travel through tunnels, creating a feeling of helplessness and tension.

The movie was so popular that producers remade it in 2009, but many fans, including InterPunct, suggested that “the original was fantastic and groundbreaking”. The movie replaced the fast-paced train thriller with a slow-burn heist movie that played on a train’s ghost-like existence in relation to the outer world.

The Polar Express continues to be a festive favorite for both younger and older viewers alike. This magical movie takes off when a young boy climbs aboard a train on Christmas Eve with the promise of a trip to the North Pole, but his journey became much more than he expected.

The famously named Polar Express takes him and several other children his own age on a trip of a lifetime fuelled with hot chocolate, onboard entertainment, and the train’s fun but fiery conductor. While the movie showcased how magical train travel can be, especially for younger travelers, it also reinforced how powerful they are. It encouraged fans to think about train safety, but for one Redditor their movie recommendation was obvious, “The Polar Express, duh”.

Murder On The Orient Express is considered one of the best adaptations of Agatha Christie’s work to date and the 2017 adaptation has a star-studded cast that embodied the characters that die-hard fans had read about in the book. The movie places a group of unlikely strangers on a sleeper train and follows Agatha Christie’s typical whodunit structure as each one is suspected of killing the poor victim.

The characters’ chosen form of travel ultimately makes them more vulnerable when it becomes stuck and creates a tense sense of entrapment that ironically moves the plot along while making the train both a safe haven and a potential murder scene. Reddit user mobyhead1 explained how the movie is “much superior to any television version” due to its high-quality CGI and mise en scene that captures the wealth previously associated with train travel.

Source Code is one movie that takes full advantage of its enclosed setting as the movie places Colter Stevens in a time loop that starts and mostly ends on the commuter train. The movie immediately utilizes its setting, with Colter waking to the loud sound of a horn, but it soon builds suspense as viewers see the in-sync crossing of two trains as a warning sign.

The movie heightens fans’ anxiety by utilizing its claustrophobic vibe through a series of heightened sounds that play on Colter’s suspicion as his mission becomes clear. Source Code plays on the train’s hidden compartments, gadgets, and passengers, allowing fans to step into Colter’s shoes and become increasingly suspicious of all passengers, which led many viewers like Redditor Andrew-Wang to list it as “one of [their] favorite films”.

NEXT: 10 Best Aviation Movies, According To Ranker

Amy is a freelance list writer for Screen Rant where her content covers a variety of genres within the world of Film and Televsion. In 2020, Amy graduated with a first class BA Honours degree in English, Film and Television, majoring in Film and Tv. In her final year of study, Amy completed her dissertation which focussed on the representation of disability in horror films, specifically whether the new sub genre of sensory horror was replacing outdated cultural scripts with a more positive representation.

Amy lives in the UK and works full time with children which she enjoys alongside her passion for Films, Tv and Writing! 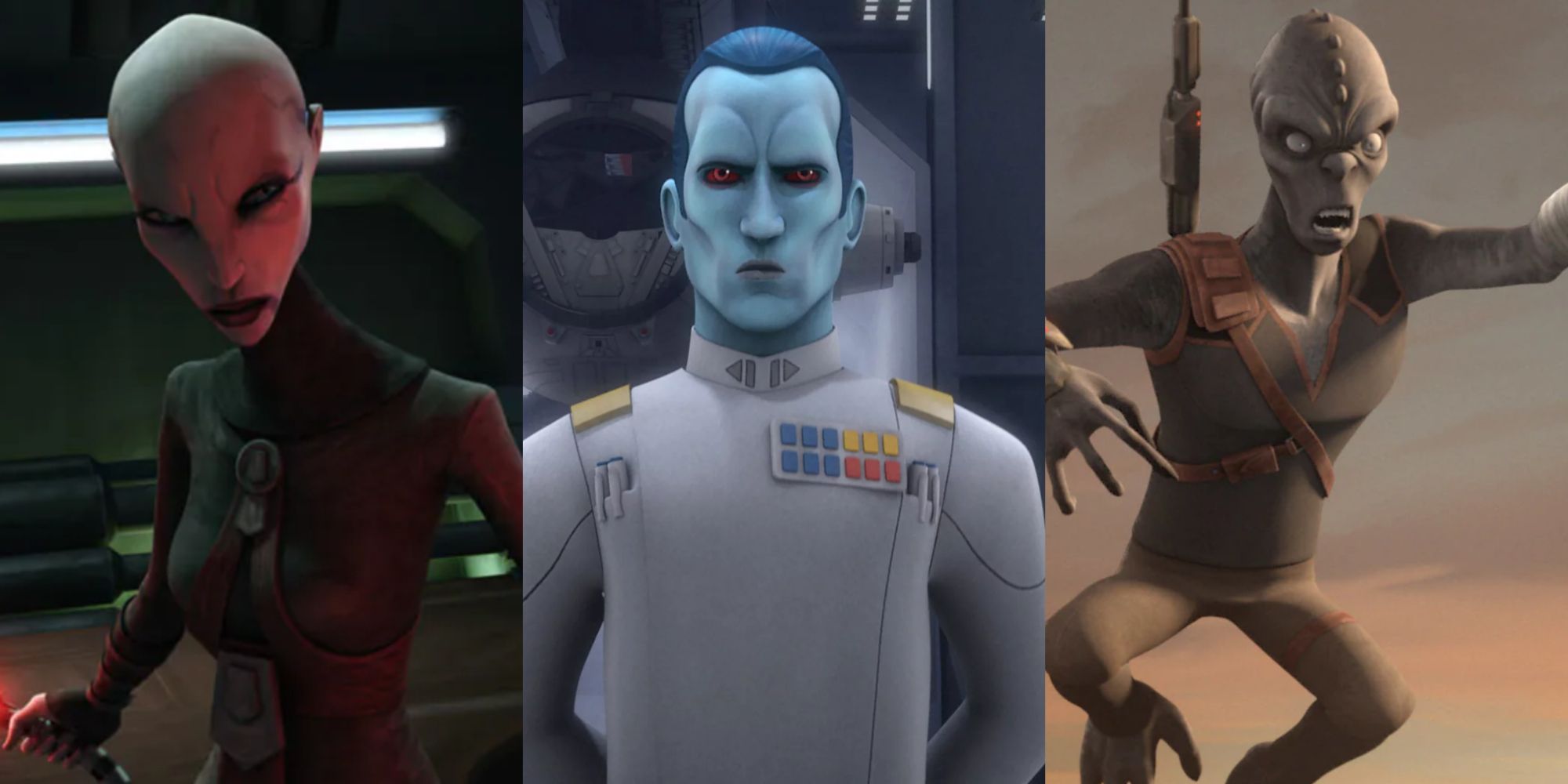 Analysis: How Biden’s big win in the Senate could change America and reshape his fortunes
36 mins ago