Even before the Supreme Court threw out constitutional protections for the right to an abortion, some large companies had lined up to say they would give employees time off and cover travel costs to facilitate the procedures.

But making good on those pledges could bring challenges for employers and for workers.

Companies’ efforts to sort through the legal morass resulting from the decision to jettison Roe v. Wade after nearly 50 years is an urgent matter in about a dozen states, where legislatures have passed so-called trigger laws that banned abortion automatically when Roe fell. In eight states, abortion is already illegal; in another 10 it’s on track to become illegal or face heavy restrictions.

Some large employers, including Starbucks, Citi, Amazon, and CVS, have said they would reimburse employees’ travel costs and allow time off for workers in trigger-ban states to seek abortions elsewhere.

But it remains unclear how states might seek to limit pregnant people traveling to other states to get abortions or how states might make it difficult for employers to offer travel-for-care benefits. A group of lawmakers in Texas, for example, has proposed banning companies that offer to pay for their workers’ abortion care. And even if travel is possible, experts say the potential need for some people seeking abortions to disclose their intentions to an employer could create added emotional strain.

McKensie Mack, a consultant and the CEO of MMG Earth, which focuses on racial- and social-justice issues, said some companies offering travel benefits could face legal fights. “Legislation from state to state will differ,” Mack said.

Insider spoke with experts about what a post-Roe America could look like. They offered insights on how employers should administer abortion benefits to maintain worker privacy, and how leaders could support employees seeking an abortion amid a fractious political environment.

What a post-Roe America means for workers

With the high court’s reversal of Roe v. Wade, some conservative-leaning states could direct legal action toward people seeking abortions out of state, though it’s not certain whether such measures would be feasible. And states such as New York and California are taking steps to protect in-state abortion providers from liabilities that other states might seek to impose.

Texas and Oklahoma allow private citizens to sue people who provide abortions or who help a patient obtain one. Lawmakers in Idaho and Missouri have weighed similar legislation. Experts predict the tactic could gain traction now that Roe has been overturned. This could complicate matters for employers pledging to cover interstate travel for employees to obtain the procedure.

Political leaders could look to undercut abortion access in other ways, too. Fourteen Texas Republican lawmakers said they’d seek to ban companies that helped employees get abortions outside the state. This could create complications for companies like Goldman Sachs, which has agreed to cover travel expenses for abortion-seeking staff, and has plans to expand in Texas.

Some states with rules in place that prohibit abortion could seek to limit medical abortions, which rely on pills to end a pregnancy. In some cases, a patient meets with a prescriber via telemedicine and, if a medical abortion is feasible, the prescription arrives in the mail. Some who are pregnant might even try to order pills from abroad.

Companies that pay for employees to cross state lines for an abortion might not be the only ones penalized. Employers that offer abortion care in their health plans would be forced to retract those benefits in states that ban the procedure, said Thelma Duffey, the chair of the Department of Counseling at the University of Texas at San Antonio.

This complex patchwork of laws might inform women’s employment choices and force families to make difficult decisions about where to live and work, Duffey said.

“In a post-Roe workforce, women will have to consider in which states they want to live and what companies or organizations they want to work for. Some businesses may even choose to relocate to other states,” Duffey said.

For employees unable to obtain a desired abortion, their well-being and work performance could suffer.

, anxiety, and stress,” said Taunya Marie Tinsley, a leadership coach who serves as the chair of the American Counseling Association. “An abortion ban may also result in lower life satisfaction and self-esteem.”

For companies pledging to cover travel expenses for employees living in places such as Arkansas, Tennessee, and Texas, it’s uncertain how companies might administer these benefits, and how employees might access them.

Duffey said employers must be intentional to provide benefits in a way that maintains the “dignity and autonomy” of those who need it. “Employees should be entitled to complete privacy regarding all healthcare — including abortion,” Duffey said.

But the federal health privacy law known as HIPAA would offer little protection to patients who circumvented state anti-abortion laws. Nevertheless, Mack said, this reality shouldn’t lower the bar of confidentiality for employers. “Employers should offer expansive travel benefits for all medical procedures without the requirement of disclosure as to the specific procedure being conducted,” Mack said.

“Employers should offer expansive travel benefits for all medical procedures without the requirement of disclosure as to the specific procedure being conducted,” Mack said.

Even before the Roe decision, some employees faced obstacles for obtaining reproductive health and well-being services. For example, only 10% of new mothers have designated breaks to support breastfeeding. And 17% have support for breastfeeding from supervisors or coworkers, a 2020 study found.

Mack maintained that not requiring employees to disclose the care they’re seeking is the best way to protect the well-being of an employee seeking an abortion — as another obstacle could emerge for women who have to come forward and talk to managers about the healthcare they’re seeking.

“It helps to model an approach to benefits at work that do not require surveillance of staff and employees. It also helps to completely bypass stigma relating to abortion in the event that an HR rep might deny a request for travel based on their own anti-abortion stance,” Mack said.

Tinsley suggested that employers take several steps to protect the emotional, psychological, and physical well-being of employees in a post-Roe workplace:

A post-Roe world will result in complex and even dangerous reverberations for employees bearing unwanted pregnancies, Mack said, adding, “It’s time for leaders in workplaces across the United States to fight just as hard for their staff as their staff has worked for them.” 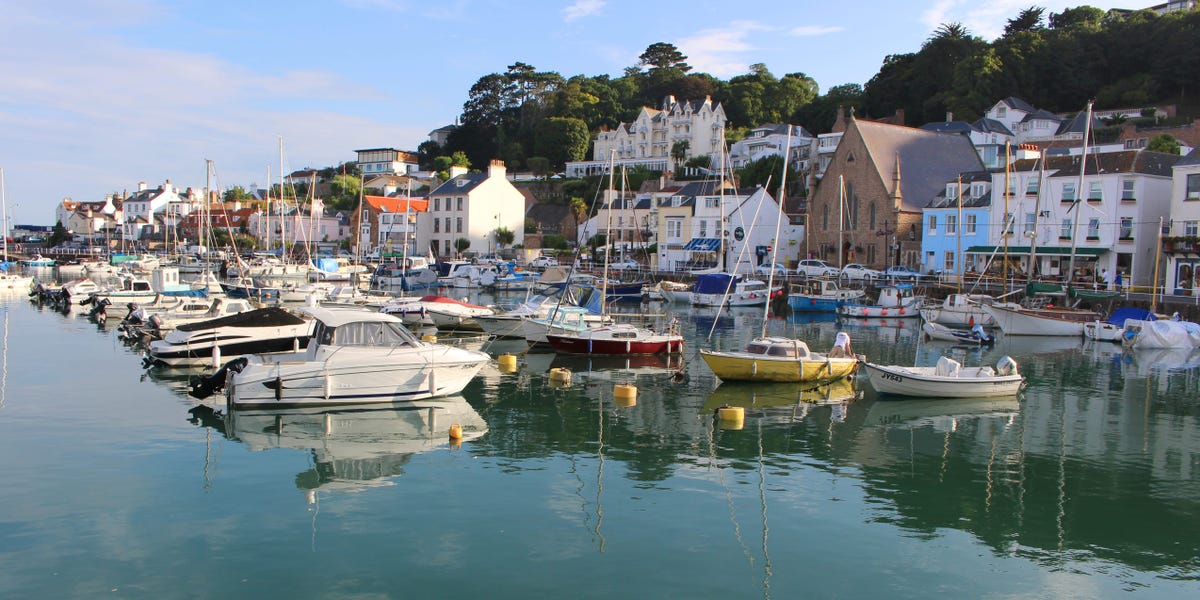 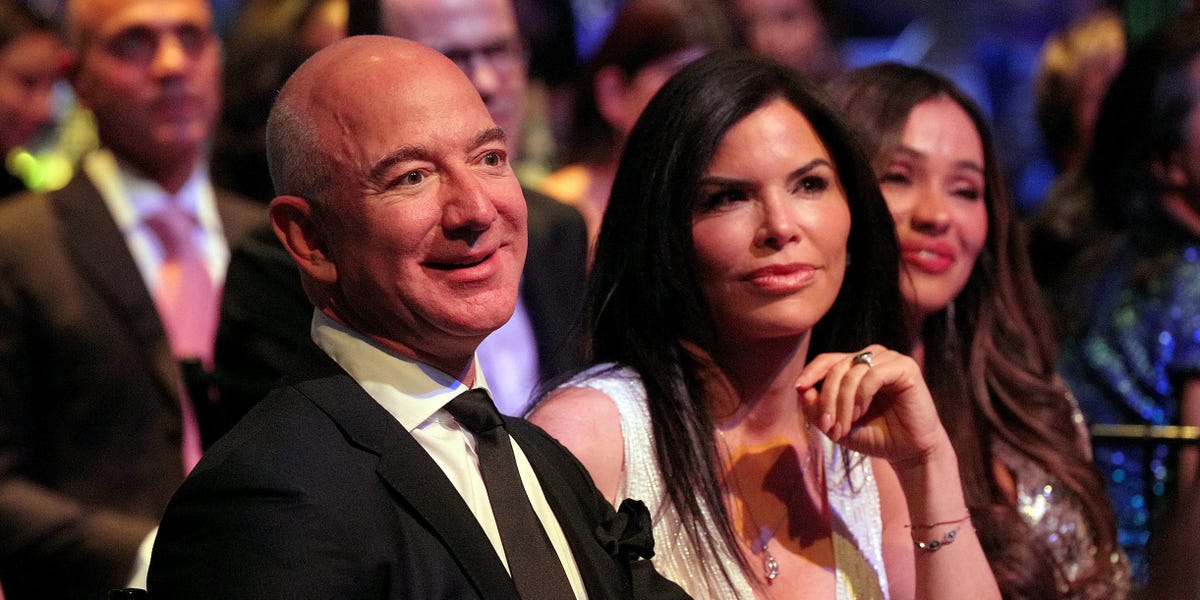 Jeff Bezos and Lauren Sanchez have weathered a tabloid scandal, a possible iPhone hack, and even a trip to space. Here’s where their relationship began and everything that’s happened since. 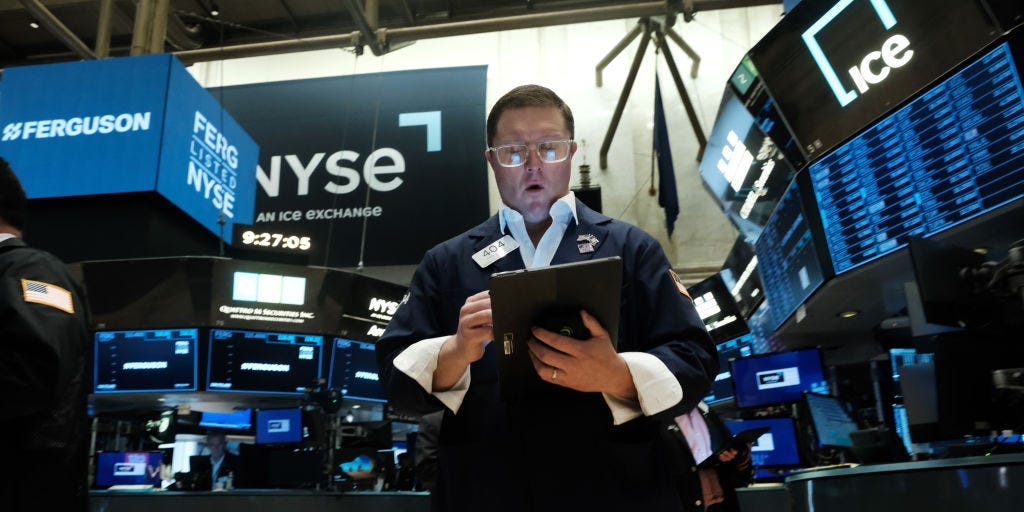