Authorities asked for people in the area to report if they have seen anything or anyone suspicious.

10 p.m.  – At this time, there are no known confirmed sightings of Gonzalo Lopez, authorities said. They will continue the search into the overnight hours. Authorities were already seen going door to door in the rural community to double check on people.

TDCJ PIO Robert Hurst again stressed that while a $22,500 reward is being offered for information leading to Lopez’s arrest, he does not want anyone to confront the inmate. Hurst said Lopez is a known killer and is serving a life sentence for murder out of Hidalgo County. If you see him or know where he is, call 911.

6:45 p.m. – The TDCJ has just raised the reward for information in finding Gonzalo Lopez from $15,000 to $22,500. If you see him, please do NOT try to take him into custody or approach him. He is considered dangerous. Call 911 immediately.

🚨🚨JUST NOW: @TDCJ has raised the reward price from 15K to $22,500 for any information or tips that will lead to Gonzalo Lopez’s arrest. It’s been nearly 30 hours on the massive manhunt.

Next update will be at 8:30pm CST. @KAGSnews

5 p.m. – TDCJ PIO Robert Hurst said there is no new information at this time, just that the search is ongoing. He said there have not been any confirmed sightings of Gonzalo Lopez since he ran across a pasture headed northbound on Highway 7 at 1:20 p.m. Tuesday.

Hurst confirmed Lopez was handcuffed and wearing ankle restraints when he boarded the bus in Gatesville, however, when he attacked the driver of the bus, Officer Randy Smith, he was not in any restraints.

3 p.m. – TDCJ PIO Robert Hurst said Governor Abbott has been notified on the search for Gonzalo Lopez, who escaped from custody more than 24 hours ago.

The FBI and the U.S. Marshals have joined the search.

Hurst also said the investigation on the escape continues to go on. At this point, they believe Lopez was somehow able to cut the bottom of the door that led to the area where the driver of the bus, Corrections Officer Randy Smith, was at.

1 p.m. – The Texas Department of Criminal Justice is offering a $15,000 reward for information leading to the capture of Gonzalo Lopez. PIO Robert Hurst said this reward does not mean people should approach Lopez, but call 911 immediately.

Hurst said Lopez is a dangerous man. Do not approach him. Call police immediately if you see anything suspicious.

Highway 7 from Centerville to Marquez is shut down. If you plan on traveling this route, find another way.

11 a.m. – Texas Department of Criminal Justice Public Information Officer Robert Hurst spoke today at a press conference. He said he wanted to clear up some information he had given Thursday night in his last update and gave more details behind what happened on the bus that led to Lopez’s escape.

Hurst said the driver of the bus, Officer Randy Smith, pulled the bus over to the side of the road when Gonzalo Lopez attacked him. The two then got off the bus and were fighting.

Hurst said Smith reported Lopez went for his gun, and was able to grab it, but was not able to get the gun out of the holster. At this time, Officer Jimmie Brinegar, who was originally in the back of the bus armed with a shotgun, shot out the back tires of the bus.

Hurst said Lopez then got back in the bus, drove it about a mile, but lost control due to the flattened tires and crashed it. He then got out of the bus, according to Hurst, and took off across a pasture. Smith and Brinegar both shot at Lopez as he ran away, but it is unclear if they shot him.

Hurst said authorities believe Lopez is still in the area and don’t believe he was able to get out of the perimeter.

Smith suffered stab wounds to his hand and chest during the fight with Lopez, Hurst said, but they were not life threatening.

10:30 a.m. – The Texas Department of Criminal Justice has canceled visitation for at least three units, including Region I, Region II and Region VI. You can find a list of people by clicking here.

6:30 a.m. – Leon ISD has canceled classes for Friday, May 13, 2022. School officials said this is due to the ongoing search in the county for Gonzalo Lopez.


12:40 a.m. – The Leon County Sheriff’s Office said Gonzalo Lopez is still on the run. There are several agencies working in the overnight hours to try and track him down. Authorities are also using helicopters and search dogs to try to find Lopez.

Authorities are asking people in this area to lock your doors and vehicles. If you see anything suspicious, call 911. DO NOT approach anyone.

10:30 p.m. – Centerville ISD has canceled school for Friday, May 13 due to the ongoing search for the escaped inmate. If you live west of I-45, the Leon County Sheriff’s Office asks that you shelter in place and stay inside.


10:05 p.m. – Authorities have released the names of the officers who were on the transport bus at the time of the crash and the escape.

Randy Smith and Jimmie Brinegar are expected to be okay. Lopez is accused of attacking Smith, who was driving the bus at the time. Smith suffered non-life threatening injuries to his hand.

9 p.m. – TDCJ PIO Robert Hurst said Gonzalo Lopez is still on the run at this time. Hurst said Lopez is dangerous and no one should try to take him into custody. If you see him, call police immediately.

Hurst said authorities are asking the public to avoid the area from Centerville to Marquez up to Buffalo for the next 12 to 24 hours. Highway 7 currently is shut down at this time.

If you live in this area, lock your vehicles, lock your doors and report anything suspicious.

Hurst said Lopez was being taken to a medical appointment in Huntsville, however, did not specify what the medical appointment was for. The bus was going eastbound on Highway 7 when Hurst said Lopez was somehow able to get out of his restraints and stabbed the bus driver in the hand. Another guard was in the back of the bus, armed with a shotgun, however, Lopez then tried to take control of the bus.

Lopez then crashed the bus and that’s when he was able to escape.

6 p.m. – Authorities continue to search for 46-year-old Gonzolo Lopez, who escaped from a prison transport bus just outside of Centerville. Lopez is serving a life sentence for murder and attempted murder.

Authorities said Lopez stabbed a guard and took control of the bus before crashing it a short time later on Highway 7. He then escaped into some nearby woods.

The guard is expected to be okay and did not suffer life-threatening injuries.

4:45 p.m. – The TDCJ reported Lopez attacked the guard and stabbed them as he escaped after crashing the bus. The guard suffered non-life threatening injuries and is expected to be okay.

3:30 p.m. – The escaped inmate has been identified as 46-year-old Gonzalo Lopez. Authorities said Lopez was last spotted going westbound on Highway 7 about 1.5 miles from I-45.

3:00 p.m. – Texas Department of Corrections Public Information Officer Jason Clark said they are working to identify the escaped inmate. According to Clark, the inmate overpowered a guard and took control of the bus. After allegedly crashing the bus on Highway 7, just outside of Centerville, the inmate got off the bus and ran into nearby woods.

Clark said there were other inmates on the bus at the time, but no one else got off the bus. At this time, there are no injuries.

2:30 p.m. – Authorities in Leon County are searching for an escaped inmate from the Texas Department of Corrections. The inmate allegedly stole a transport bus Thursday afternoon.

Authorities said the inmate later crashed the bus about two miles west of Centerville just off of Highway 7 in Leon County. There are multiple agencies on the ground searching at this time.

The Leon County Sheriff’s Office is asking people to be on the lookout for anything suspicious and to report if a man in TDC whites is seen in the community. 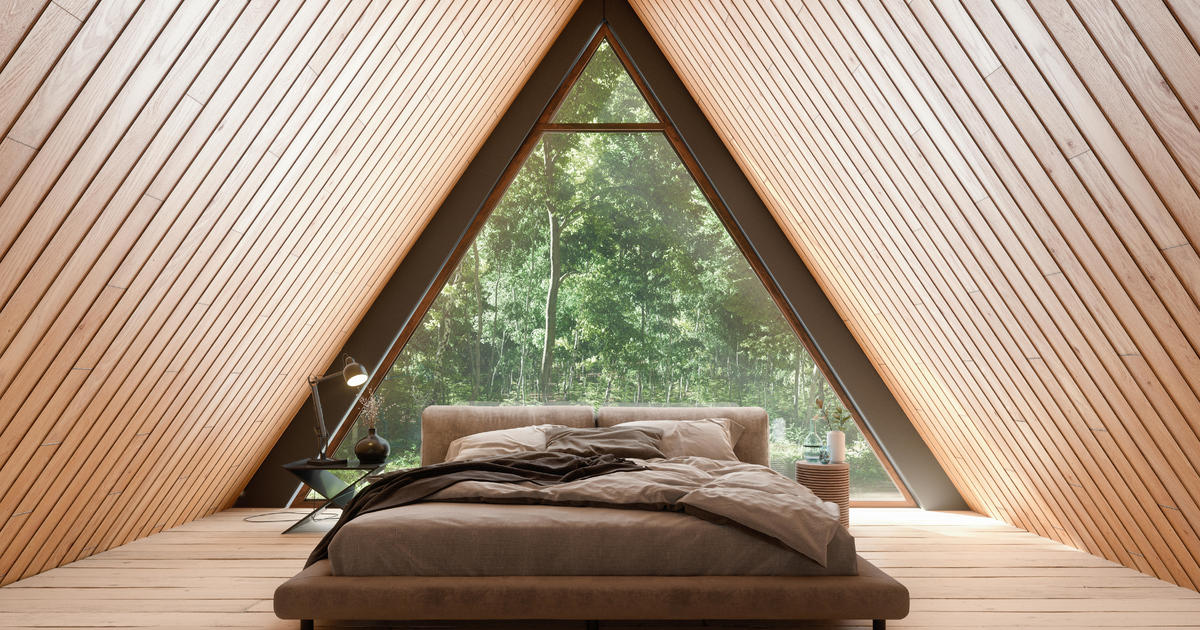 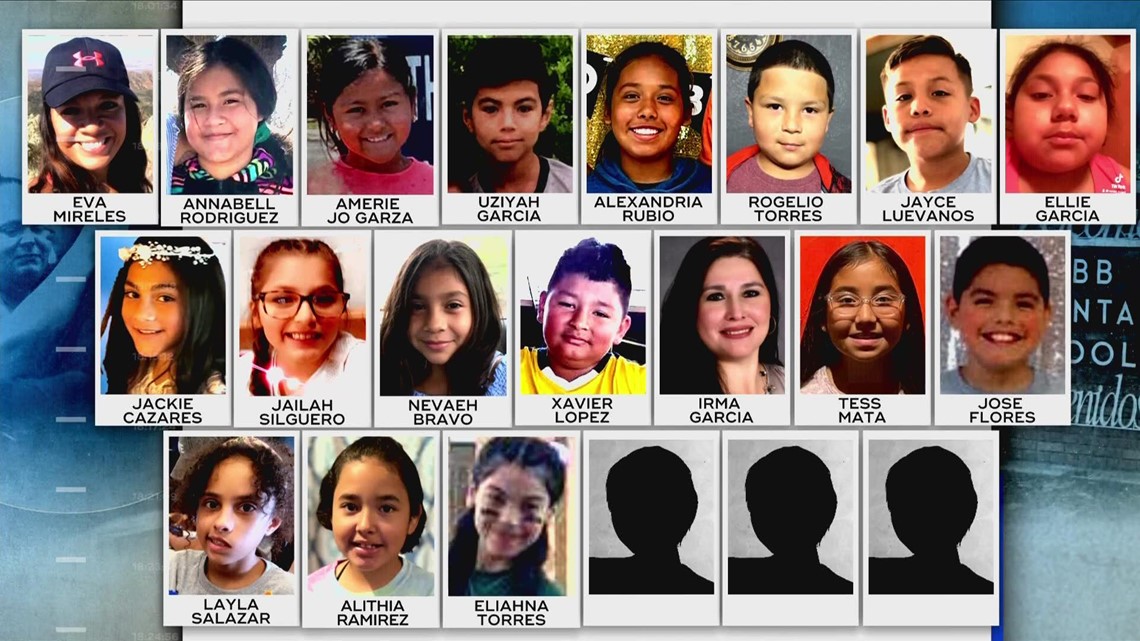 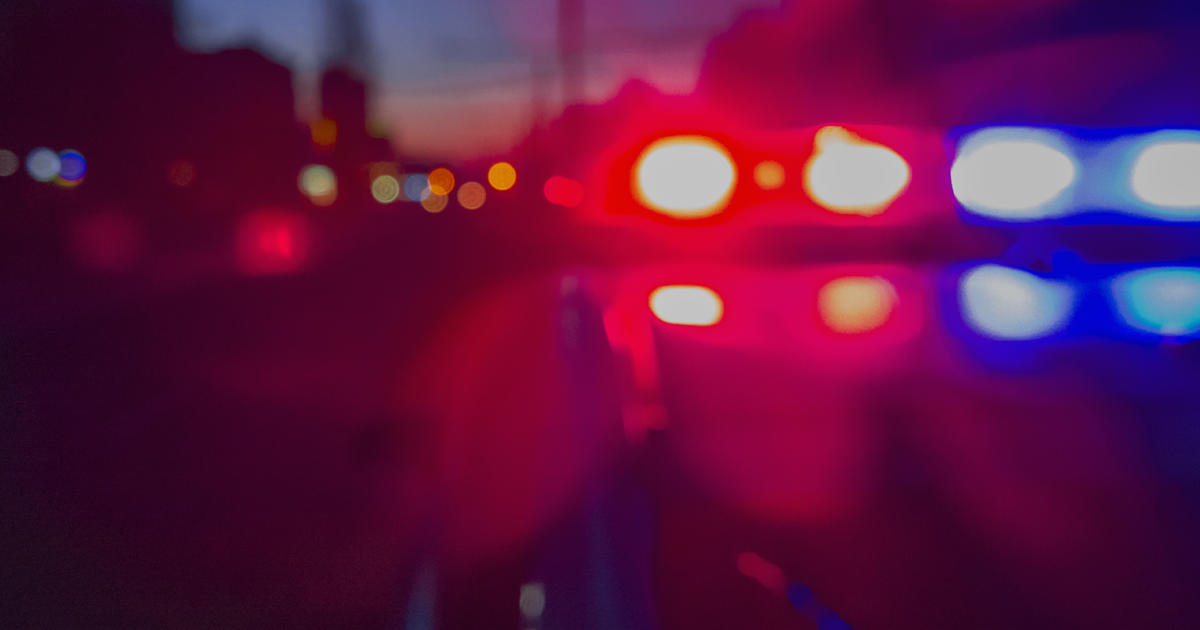 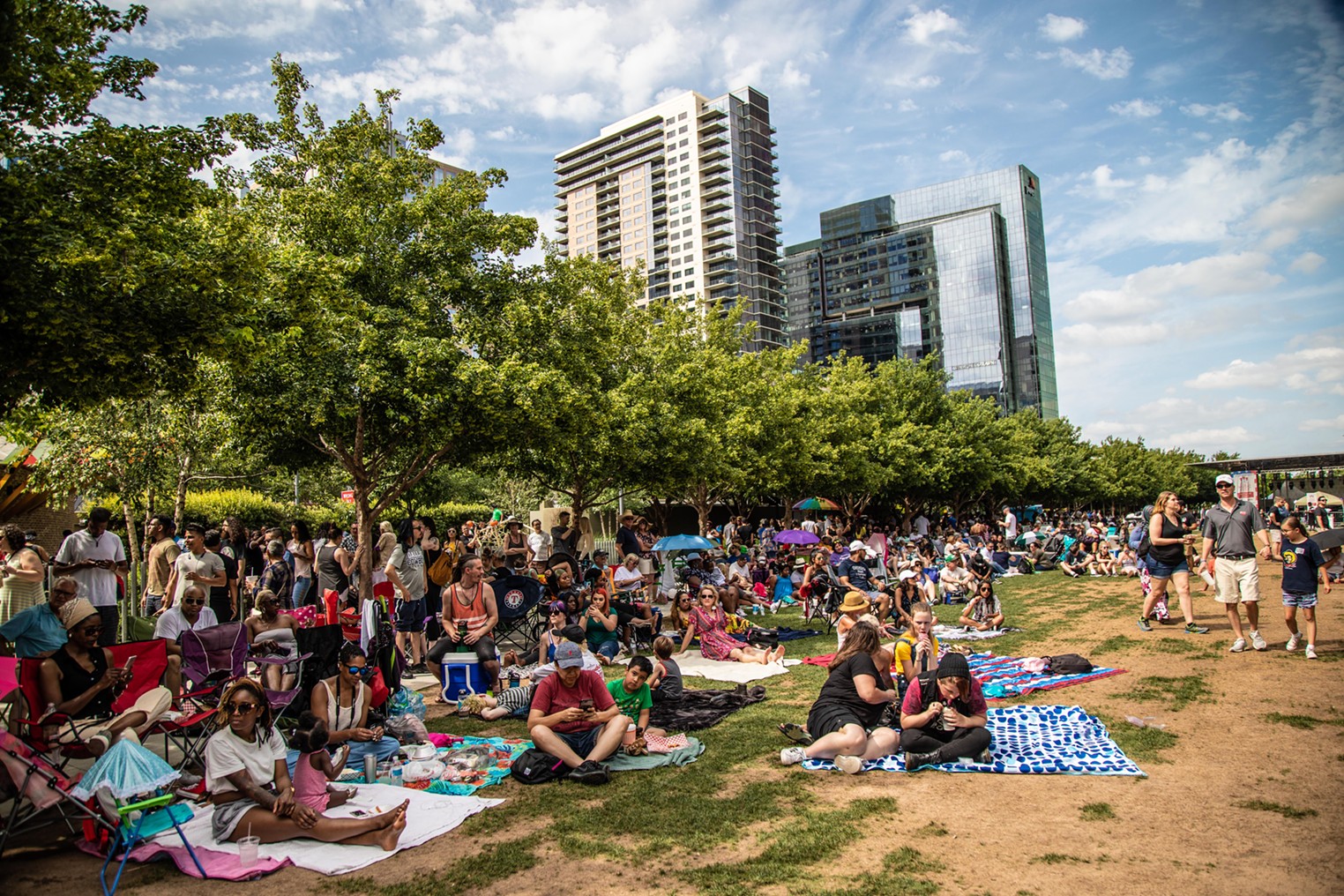 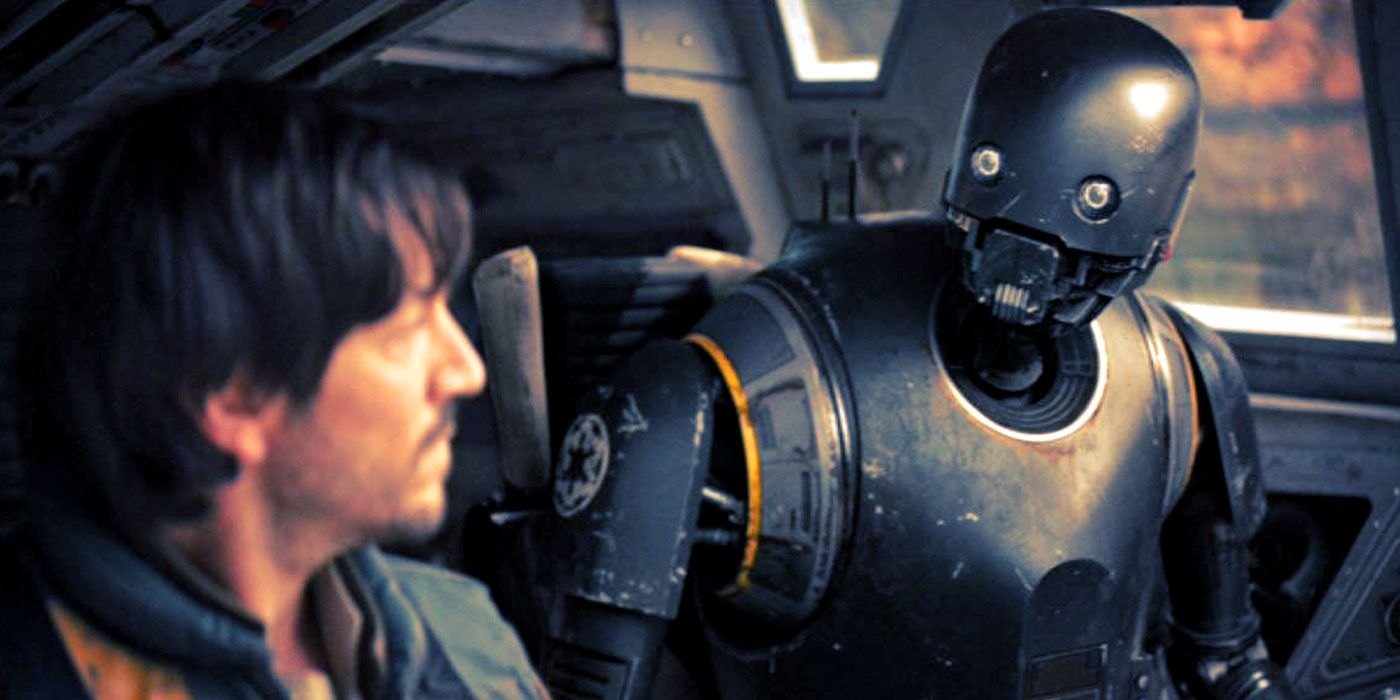 At least 5 people, including 4 children, killed in house explosion in Pennsylvania
30 mins ago 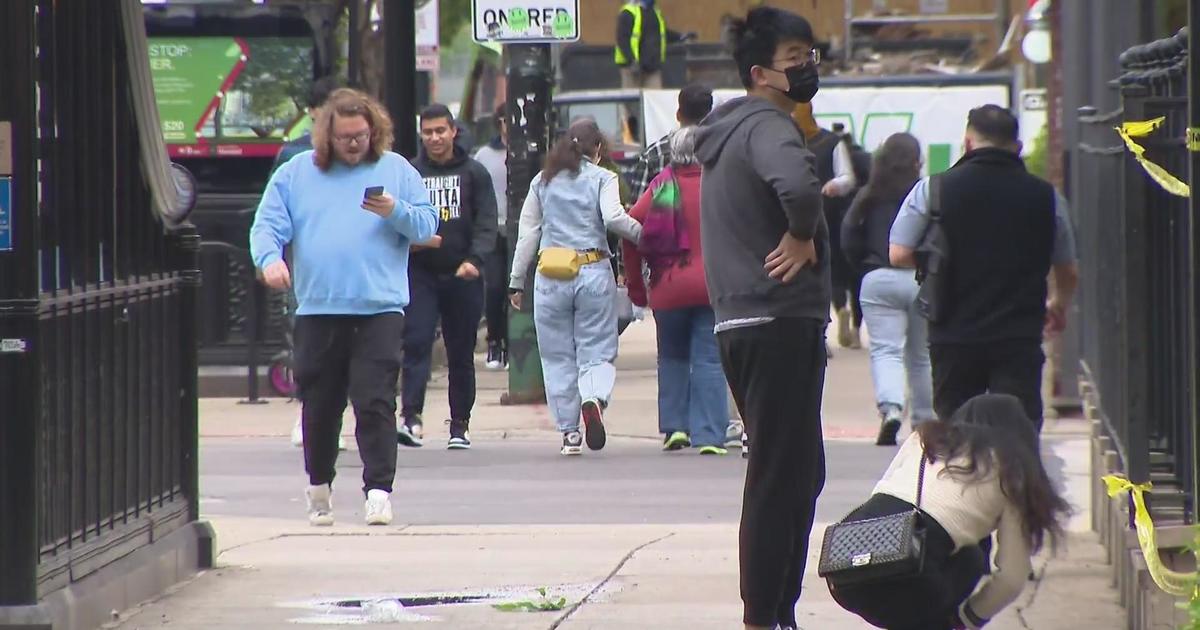 The Viral Zara Pink Dress Now Comes in an LBD Version. Here’s 15 Other Dupes to Rock the Trend – E! Online
36 mins ago

Depp-Heard trial: jury to resume deliberations on Tuesday
38 mins ago