Beau Cosgrove is not your average 11-year-old.

He’s a bull rider, thrillseeker and the world’s youngest wheelchair rugby coach — and that is despite being given a life expectancy of just five years.

Beau lives with an extremely rare, life-threatening condition called Morquio A syndrome, of which there are only a handful of known cases in Australia.

However, that has not stopped him from embracing life to the fullest.

Rodeo life all in the family

Beau’s journey hasn’t been an easy one.

Growing up with this rare disorder, Beau and his family faced the unknown when it came to his health.

He has to make constant hospital visits for transfusions and surgeries, and to treat pain in his joints and limbs.

His medical care includes a lifesaving drug that, without government support, would end up costing the family $400,000.

Beau uses a motorised wheelchair, giving him the same freedoms as a typical kid would have.

He and his family try to be positive.

“We’ve got so many opportunities and have had so many amazing experiences that would never have happened if he didn’t have his condition,” his mother, Sam Cosgrove, said.

Beau grew up in the small village of Taralga — near Goulburn in the Southern Tablelands of New South Wales — which has population of around 450 people.

He has always had tremendous support around him from town locals, and from his family, which is made up of his parents, Sam and Joe, and three younger siblings.

That’s enabled Beau to follow his passions, including the adrenaline-filled sport of bull riding, and to follow in his dad, Joe’s, footsteps.

As an infant, Beau’s parents would take him to watch bull riding, and he loved it so much that his first words were “re-ride”, “buck him” and “go Daddy” as he watched his father compete.

His passion around bull riding is infectious, too, so it’s not surprising to hear what he wants to do when he grows up.

“I’d probably be a bull stock contractor who deliver bulls and horses and stuff like that,” Beau told ABC Sport.

Sam said once that Beau saw his first rodeo, he was addicted.

“That’s all he was really interested in for a long time, which made it really hard because we’ve got every rodeo toy there is,” she said.

Beau’s local bull riding club has supported him by making adjustments so that the not-so-average-sized pre-teen can take on 600kg bulls.

Measures include having two support people on either side of the bull and holding Beau to help stabilise him when he’s riding, and to lift him off once things become too intense.

And his rodeo obsession has led to him compete at some of the biggest events in Australia.

This has ensured that Beau has been accommodated at different events so he can compete in the sport he loves, to the best of his ability.

“We’ve got people [who] we’re lucky we’re surrounded by, because they will make it work for him,” Sam said.

Beating the odds since day one

It has been a challenging ride for Beau — every surgery, new drug or procedure can put his life at risk.

“You’ve got to be strong. You have to be an advocate. You trust your gut,” Sam said.

With the expertise of his medical team, Beau has gone from not being able to walk up his driveway without extreme pain, to now having a good quality of life thanks to multiple surgeries and a lifesaving clinical drug trial.

When Beau was diagnosed with his condition at 12 months of age, his family was told he would live until he was five, but he has been defying the odds ever since.

“Every anaesthetic can kill him. Every surgery can [kill him] — everything can,” Sam said.

Living day by day, Beau makes the most of every opportunity he has.

When the Tokyo Paralympics rolled around, he was captivated by the fast-paced, tactical sport of wheelchair rugby, with the Australian team led by Australian superstar Ryley Batt.

“We got into the Paralympics,” Sam said.

“I’ve been trying to direct him away from terrifying sports that are killing him to something more safe. And he chose wheelchair rugby, which is none of those things at all.”

Beau’s love of wheelchair rugby led to a recent opportunity to act as the assistant coach for the Sydney University wheelchair rugby team, where he was heralded as the world’s youngest coach in the sport.

WSNSW-ACT travels around the state to deliver sporting programs for people with a disability, reaching metro and regional areas.

The organisation met Beau on a trip to Goulburn. Chief executive Mick Garnett was captivated by the 11-year-old’s story and saw an opportunity to get him involved.

And so it was arranged for Beau and his mother to travel to Sydney for a round of the Wheelchair Rugby National League.

On the day of the match, Beau mingled with Paralympic stars, received his game plan from his fellow coaching mentors and was ready to roll into the coaching position.

He called time outs and even gave the team some pep talks at half time.

He was also able to be at the side of one his sporting heroes, Australian Paralympic co-captain, Ryley Batt.

“He’s just a country kid where I don’t think he sees his disability. And that reminds me of me growing up, too. I think that’s really important.

“Obviously, there are obstacles, but this kid is riding bulls. It’s just crazy.

“I love when people push their barriers. Let’s see the abilities, not the disabilities.”

Sam said she was grateful to have Batt as an influence in her son’s life.

She also joked that she hoped Beau would now commit to wheelchair rugby rather than bull riding because it was a safer option.

Beau and his family have been overwhelmed by the support they have received from their tiny town of Taralga and the new and continued support from Goulburn.

“He’s a celebrity where he is not bullied,” she said.

“I think if anyone ever tries to bully him, there’s a village of 300 people that are like, ‘Knock them down [instead]’,” Sam said.

The family struggled to access funding through the NDIS, and Beau’s first wheelchair was second-hand.

“There was no seat, so we had pillows for six years. I’d throw him in a wheelbarrow in the paddock if I have to, it doesn’t worry him,” Sam said.

“But he’s got a big power chair now. And, thankfully, we’ve got a good team now so we can get what we need. Without our little community, it would have been so hard.”

The town even organised a fundraiser, which came to a total of $19,000 to support Beau and his mum to come to Sydney for doctors’ appointments and procedures.

He added that everyone is willing to help each other out.

“People like my mum, and probably my dad, will go and help them and support them, trying to make a difference in some kind of way,” Beau said

“We couldn’t do it without Taralga and now we can’t do without Goulburn as well,” Sam added.

And Beau has some advice to aspiring young athletes or coaches who want to live their sporting dreams and goals:

“If people are saying you can’t do that, you can do it.”

Julie Charlton is an elite para-athlete, coach, and disability advocate, and is currently an intern with ABC Sport.

What the MRO must weigh up in the Patrick Cripps case 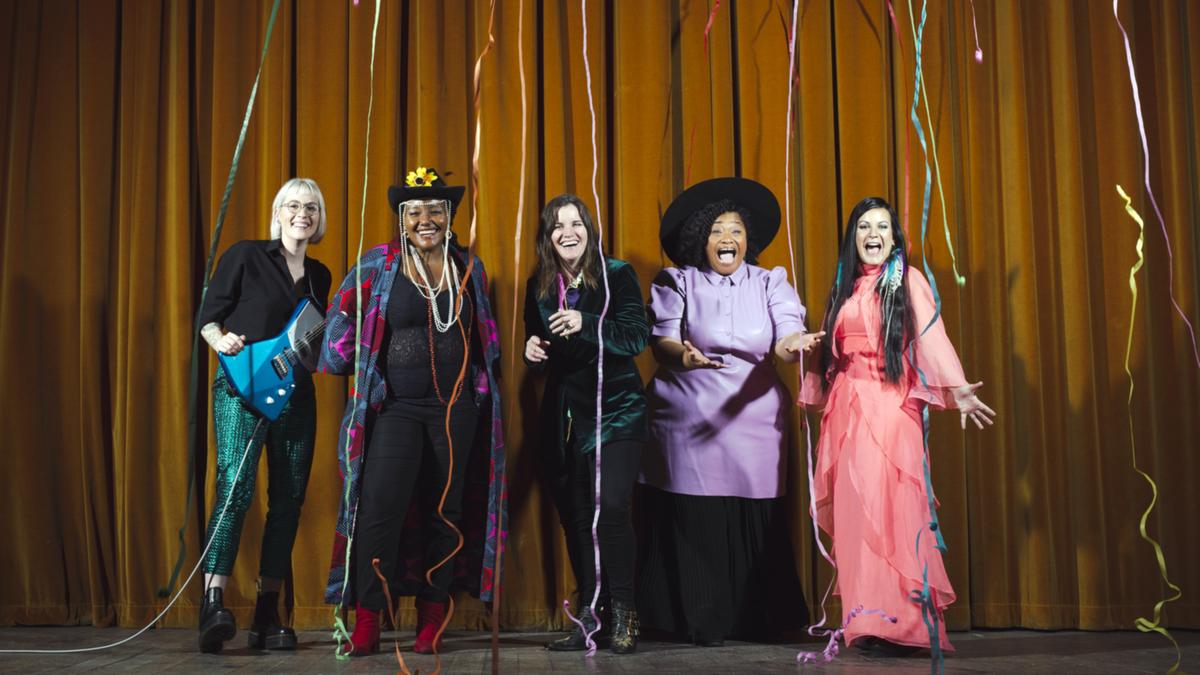 Harry Potter: 10 Characters Who Had The Most To Gain From Felix Felicis
25 mins ago